So the launch of Genie Plus didn’t go great, but I am actually excited about it going forward. 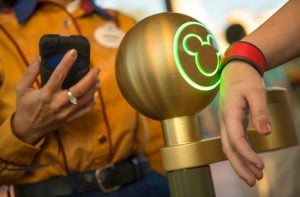 Coming from the tech industry, I have a bit of a different perspective on how to measure success of major app rollouts. In our field, we ‘move fast and break things’ knowing that the ends justify the means and the product we envision our customers using is not what we are launching with. Improvements and updates are a regular occurrence with new rollouts. I suspect there is a bit of this (with a global pandemic sprinkled in) in the rollout of Genie+.

To put it all in perspective, lets remember back to the launch of Magic Bands. I saw first hand how poorly that rollout went. It. Was. Painful.

But think about how your last Disney World resort stay would’ve been without a Magic Band. They have become the lifeblood of our vacations in a very short period of time and all has been forgotten about how messy the launch was less than a decade ago.

In the tech world, the launch is important, but your ability to react and adapt based on initial results it more important.

My first experience with Disney Genie and Genie+ absolutely sucked. Genie had me going to random kiosks and shows I could care less about and Genie+ was allowing me to spend $15 bucks a person to skip the line at The Many Adventures of Winnie the Pooh and Buzz Lightyear’s Space Ranger Spin.

But that was just 2 days after it launched and I had no idea how to use it. Since then, I have watched a TON of YouTube videos and have come to realize that you can actually gain a pretty serious advantage from knowing the angles to play on Genie+.

Yes, you are flat-out paying for Fastpasses now and there is no way I can sugarcoat that.

But what if I told you there are ways to work the system so you can get on most of the premium attractions in a relatively short period of time rather than waiting in standby for an hour+ each, that $10-15 per person you’ll spend on Genie+ might seem a bit more palatable.

That is what is happening here. Disney rolled out a system, which they will tweak from time to time, but much like anything else related to Disney parks, people that have more free time than us to spend on this stuff have figured out how to streamline the process and turn it into an advantage. This is nothing different than what we saw with Fastpass+ and Maxpass when a few months passed after their respective rollouts.

Here is the deal with Genie+- it isnt going away. After losing billions over the past couple of years, Disney is not doing a 180 and giving us free fastpasses back just because we are collectively pissed. The key to Genie+ is accepting that fact and knowing how to use the system to your advantage.

My recommendation having done this a few times now is to pick your spots for Genie+ and talk to your Disney travel agent about strategy for getting your family on the rides you want to. Spend the extra bucks on the parks with the lines you don’t want to wait in and be strategic about your selections.

There are tons of Disney Travel Agents out there these days and the good ones should know the ins and outs of Genie+ and how to use it to your advantage. There are timing limitations on Genie+ and rules that you can actually use to your advantage to ‘stack’ lightening lane reservations, but you need an agent that knows how to do that. I am a bit biased since my wife is a Disney Travel Agent, but she is one of many that understand now how to work the Genie+ system in their clients’ favor. Don’t go it alone!

I hope you found this post helpful. Yes, it sucks that we all have to shell out more money on our vacations, but I thought it was important to show how a few extra dollars might enable you to do everything you want to do on your next vacation without waiting in the Florida sun for 3 hours per attraction.