Disney has announced the official dates for next year’s 29th Epcot Flower and Garden Festival. The event will run from March 2 to July 4, 2022 and will encompass most of the Epcot grounds (whatever isn’t under constructions, that is). 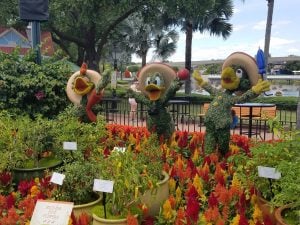 The 125-day Epcot Flower and Garden Festival will open with an irresistible array of sights, sounds, tastes, aromas and tactile discoveries:

Similar to other Epcot seasonal festivals, the Flower and Garden event features a number of outdoor kiosks offering unique dishes themed to the land that they are located in.

Each Outdoor Kitchen will feature its own raised-bed or in-ground garden of herbs and produce that can inspire the growing numbers of guests who want to learn to grow what they eat.

Here is a quick list of the Epcot outdoor kitchens for 2022: 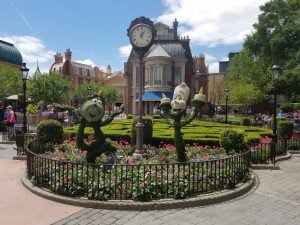 Each year, the Epcot Flower and Garden Festival features a variety of musical acts to entertain visitors. The free ‘Garden Rocks’ concert series takes place in the America Gardens Theater in the American Pavilion of World Showcase. Here is a list of the 2022 Garden Rocks performers and the songs they are most known for:

For more information about the 29th Epcot International Flower & Garden Festival, call 407/W-DISNEY (934-7639). As the festival nears, more details will be available at here. The festival, including all gardens and exhibits, is included in regular Epcot admission.