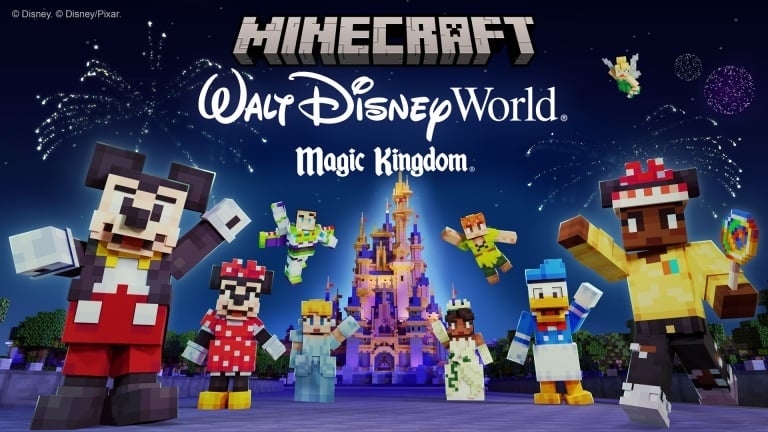 As they are accustomed to do at times, Disney is launching a massive new project today with next to no advance notice. They randomly announced yesterday at the International Association of Amusement Parks and Attractions (IAAPA) meeting that a new Disney World is coming to Minecraft…and it launches TODAY!

We don’t know a ton about the new Minecraft Disney World except that it is apparently modeled after the Magic Kingdom and has a number of block-based Disney characters inhabiting it. Attendees of the presentation were provided with a short gameplay video, which has not yet surfaced outside the conference. Theme Park enthusiast Matt Dobrovolsky was in attendance and tweeted this about the presentation:

That’s all we know for now. I have no doubt that tons of info about the new Minecraft World will be revealed today. I will be updating this post as news breaks, so stay tuned!

Here is a quick trailer of the new Disney DLC Pack:

Update #2: After having played in the new Minecraft Disney World for more than an hour, I can say it is totally worth the roughly $7.99 it costs to purchase the DLC.

Not only can you pick a Disney skin (I picked the Hatbox Ghost), but you can ride most of the Magic Kingdom rides, purchase your favorite treats from a number of open restaurants and collect autographs from 28 different Disney and Pixar characters scattered around the park. You actually ride the rides (with the real soundtrack for each) and even play the Buzz Lightyear Space Ranger Spin game as it keeps score. It is truly a work of art and a great way to blow a couple of hours navigating Disney World’s oldest park.