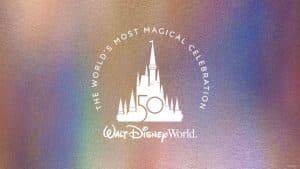 Walt Disney World in Orlando (kind of), Florida officially opened on October 1, 1971, making this October the park’s 50th anniversary. We all know Disney loves a good birthday celebration and while the current global pandemic has thrown the company a monster of a curveball, Disney is sure to make this a memorable celebration nonetheless.

What is Disney Doing for Disney World’s 50th Anniversary?

Well, if you asked me this question in February 2020, I would’ve give you a long list of new attractions opening and old favorites rumored to be getting quick facelifts prior to October 2021. I would’ve relayed the speculation of all the new 50th experiences yet to be announced. And given my dastardly nature, I also would’ve then thrown a wet blanket on all of this by mentioning that a fall 2021 Disney World reservation was likely to be about as attainable as a winning lottery ticket given the hordes of Disney fanatics flocking to the Magic Kingdom to experience the birthday magic (and take a photo for social).

And as with everything in our lives over the past 12 months, all of this has changed significantly. Some of the major refurbs and new construction have, for the most part, been paused for the time being. The new rides that were already well underway before last spring’s apocalypse like Tron Lightcycle Run in the Magic Kingdom and Epcot’s Guardians of the Galaxy Cosmic Rewind are still progressing, but very likely not going to be ready for October. Some of the most popular resorts, restaurants and attractions are still closed with no repoen dates announced yet. The parks are running at limited capacity (currently 35%) and limited hours (although the days are progressively getting longer) and we haven’t seen a night time celebration at a Disney Park since early spring 2020.

So, as we watch vaccines roll out, infection rates fall and the world begins to open back up a bit more, let’s focus on the positive and what IS happening at Disney World for the resort’s 50th. Part due to the uncertainty of the times we live in and part because Disney never wants to spoil a big surprise, only a small piece of what we expect will happen has been announced and, if history tells us anything, there will be a number of key announcements made about the 50th over the next 7 months.

The rest of this post will serve as a running guide to what we know about Disney World’s 50th anniversary celebration. As new information is released, I will be updating this article in real time so I would recommend bookmarking it and coming back occasionally to see what’s new…

Celebration Length: The celebration will last 18 months from October 1, 2021 to March 2023. This is slightly longer than the park’s 25th celebration, which ran for 16 months, giving Disney a nice, long window to complete a few of their major ongoing projects and giving fans a decent amount of time to visit the resort (presumably) after life has gotten a bit back to normal.

Mickey and Minnie Outfits: Mickey and Minnie Mouse will have all new looks for the celebration. Their new outfits will be emblematic of a new trend (and word) Disney is introducing: EARidescent. Basically, their costumes will be all sparkly and shiny, but buckle up people, me thinks we are going to be hearing the term EARidescent quite a bit over the next few years. 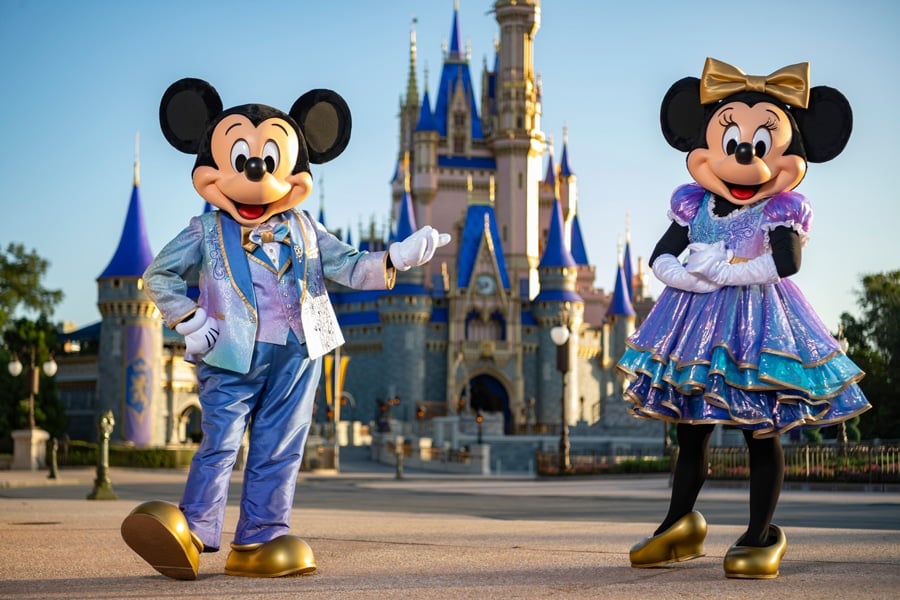 New Nightime Lighting and Effects: Each of the parks’ most visible attractions- Cinderella Castle, Spaceship Earth, The Tree of Life and Hollywood Tower of Terror – will get new lighting treatments transforming them into ‘Beacons of Magic’ at night. The new lighting will have a sparkle/twinkle effect. The new effect for Spaceship Earth is set to resemble stars in a night sky and will be a permanent feature. I don’t know about you, but this one is pretty exciting to me. Spaceship Earth at night is always a magical sight to behold and adding twinkling stars to its exterior, will make for a can’t miss sight. 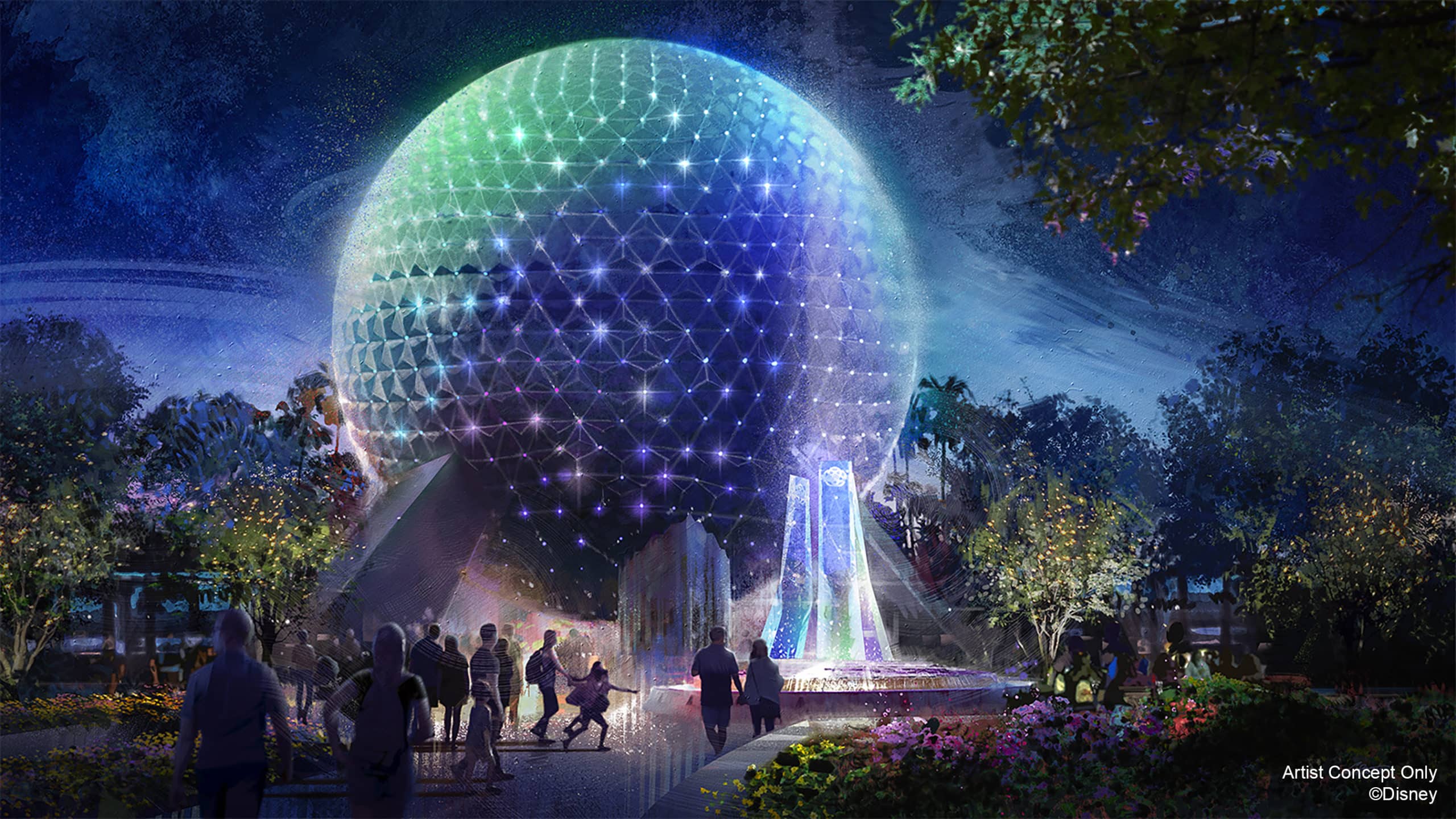 Cinderella Castle Makeover: Thankfully, I can confidently report there will be no giant birthday cake in the middle of the Magic Kingdom this time. You have likely already seen the new paint job the castle received in early 2020. This new color scheme will be enhanced with golden bunting and a 50th anniversary crest for the duration of the celebration (in addition to the new EARidescent effects the castle will have at night mentioned above).

That’s all we know for now. Not a ton, but a few nuggets here to get excited for. As I said earlier, I will be updating this post as new information is released, so be sure to stay tuned…