News and Collections of the latest and coolest Disney products. New posts and collections are added and updated almost daily, so check back regularly to stay ahead of the curve! 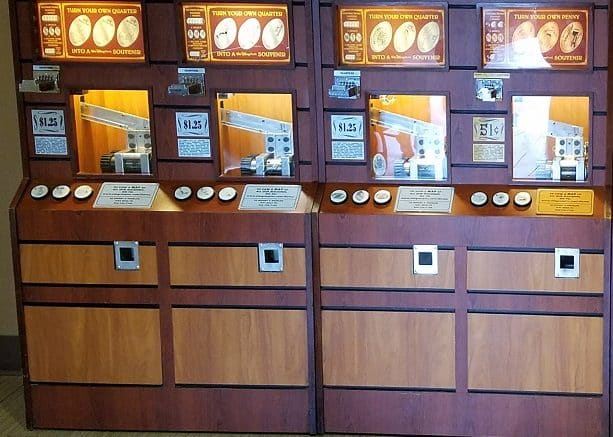 Discover the magic of pressed pennies at Walt Disney World. Find out where to find the machines, what designs are available, and how to collect them all. A must-read guide for any Disney pressed penny collector.

Disney recently launched a fun service that is sure to add a bit of Disney magic to your child’s bedtime rituals. Disney Bedtime Hotline, is…

The soundtrack to Frozen – The Broadway Musical is slated to be released on June 22, 2018. Here are the details.

Disney announced today that they have signed a multi-year deal with McDonald’s USA to bring Disney characters to Happy Meals. Here are the details…

Here a few of our favorite Disney Valentines Day items currently available. Countless options for you to decorate your home and yourself for the holiday.

Among the new MagicBand options Disney introduced recently was a pretty amazing new Aladdin and Jasmine band specially designed for Valentine’s Day 2018. Here are the details.

Disney has announced they will be releasing another fun DuckTales Funko Pop figure this month- Gizmoduck! Here are the details.

Here are all the Star Wars Galaxy’s Edge Merchandise currently available. As always, I will be adding more as new items are released, so be sure to subscribe and check back often!

Uniqlo is an awesome place to get some unique Disney T-Shirts at a very reasonable price. Here are a few of our favorites.

Here are scale model toy versions of its iconic monorail and the various Disney World landmarks it is associated with. A great ‘toy’ collection for kids young and old.

The new Columbia Star Wars Echo Base Collection consists of three jackets modeled after the ones Han Solo, Luke Skywalker and Princess Leia Organa wore in Empire Strikes Back

The latest must-have Disney apparel to hit the streets is ASICS’ new Snow White and the Seven Dwarfs line of shoes.

It appears electronics-maker Samsung is getting a piece of the Star Wars action with the launch of two amazing new POWERbot Robot Vacuum designs. The new vacuums are themed in the likeness of Star Wars’ Darth Vader and a Stormtrooper. Here are all the details

New Star Wars Campbell Soup cans depicting characters from The Last Jedi are coming to a grocery store near you. Here are the details.

Disney announced this week that they are re-imagining the user experience of their brick and mortar Disney stores and adding a more immersive element to the shopper experience. Here is everything you need to know about the changes…

Disney announced this week that they are re-imagining the user experience of their online store and re-launching it as shopDisney. Here is everything you need to know…

Wearable-maker Garmin announced today a new partnership with Disney which will result in new Disney-themed vivofit jr 2 activity tracker. Here are the details.

Disney recently announced the launch of a new layer of Marvel marketing aimed at preschoolers. The new Marvel Super Hero Adventures! program softens up the edges on Marvel’s most iconic superheroes for a much younger audience and will span a number of outlets books, toys, comics and apparel. Here are the details…