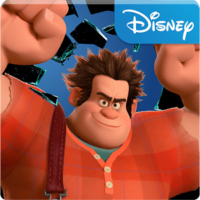 Wreck-It Ralph longs to be as beloved as his game’s perfect Good Guy, Fix-It Felix, Jr. But soon, Ralph wrecks everything and accidentally unleashes a swarm of deadly cy-bugs that threaten to overwhelm every game in the arcade. Ralph’s only hope? Vanellope von Schweetz, a young troublemaking “glitch” from a candy-coated, kart-racing game called Sugar Rush. But will he realize he is good enough to become a true hero before it’s “Game Over” for the entire arcade?