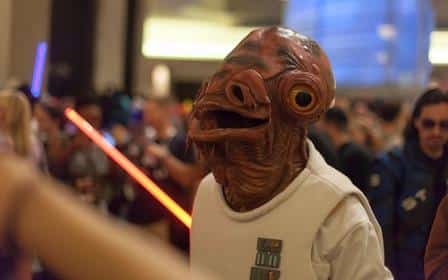 Sad news today as we’ve learned that Erik Bauersfeld, who voiced everybody’s favorite Mon Calamari rebel commander, Admiral Ackbar, in both Return of the Jedi and last year’s The Force Awakens, died yesterday at the age of 93.

In addition to Ackbar (most famously known for the phrase “It’s a Trap!), Bauersfeld also voiced Jabba the Hutt’s lead henchman Bib Fortuna in Return of the Jedi.

Be the first to comment on "Erik Bauersfeld Voice of Star Wars’ Admiral Ackbar, Dies at 93"