Here are our latest Disney Dining News articles, tips and resources. Posts are added and updated regularly. Stay in the know so you can plan your next trip! 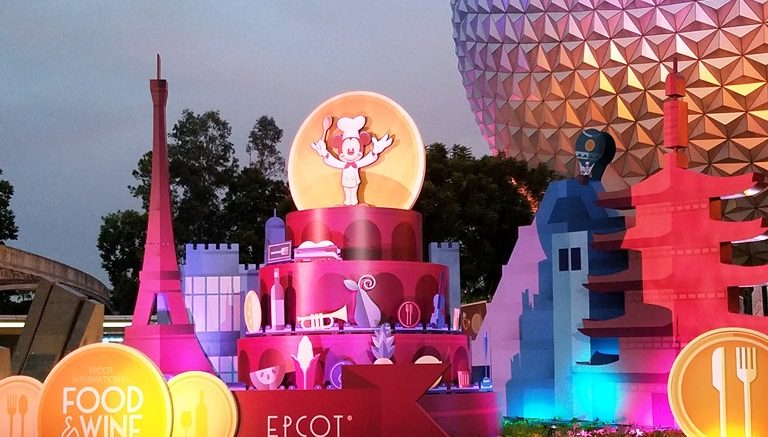 The 27th annual Epcot International Food and Wine Festival 2022 is here and we can’t be more excited. While Epcot has a festival running almost…

With a Disney Dining Plan, you can use the credits you purchase to eat at Disney World restaurants without having to worry about the cost.

Artist Point at Wilderness Lodge will be transformed into an Enchanted Forest-like setting inspired by Walt Disney’s “Snow White and the Seven Dwarfs.”

Everything you need to know about Disney’s Tables in Wonderland program including membership details, pricing, benefits and more.

Disneyland guests are now able to order their food from a mobile device. Here’s everything you need to know about the new mobile food ordering service

Details were announced this morning about Disney Free Dining for 2018 visits to Walt Disney World. Here are all the details you will need to know.

It was announced today that, as part of the new Pixar Pier section of Disney California Adventure, a new “seaside lounge” would be opening. The new Lamplight Lounge is slated to open on June 23rd and will be located where the Cove Bar is currently at the entrance of the soon-to-be rethemed park section.

Disney announced today that the popular mobile food ordering system they began rolling out last year at Disney World, will now work with Disney Dining Plans. Here are the details:

There are reports today that Epcot will be adding a new seafood and steakhouse restaurant to the Japan Pavilion in World Showcase. Here is what we know.

This week, we saw the very long-awaited grand opening of The Edison restaurant at Disney Springs. Here are the details of the new restaurant.

Here is what you need to know about the new Walt Disney World Free Meal Deal, introduced in January 2018.

The choices of top-quality restaurants available to Disney Springs visitors continues to grow as Disney officially opened Maria & Enzo’s Ristorante, a high-end Italian restaurant, this week. Here are the details.

Walt Disney Parks and Resorts was named a top honoree at the 20th annual Food Allergy Ball. Here are the details.

The popular restaurant reservation service, OpenTable, has added a number of Walt Disney World restaurants. Here are the details.

Disney announced a few weeks back that they would be re-imagining part of Hollywood Studios and combining the Muppets Courtyard and what is left of the Streets of America into a new “Grand Avenue” area of the park. Central to this plan was the creation of BaseLine Tap, a new restaurant themed as a traditional California corner pub. Clearly, no time was wasted in getting BaseLine Tap up and operational as it is now open!

Here is something fun to think about as the last few hours of the week drag on- Check out these new sweets that are no doubt causing quite a stir among our fellow Disney fanatics over in China. Remy’s Patisserie, a bakery in Shanghai Disney Resort, is now offering Mickey-Shaped Donuts!