Disney After Hours are a special ticket option for Walt Disney World visitors that want to enjoy quick access to some of the most popular rides in the Magic Kingdom and Disney’s Animal Kingdom. 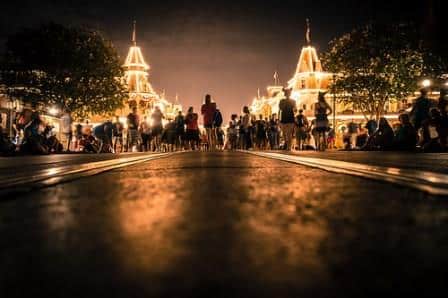 Disney After Hours ticket holders can enjoy three hours of more exclusive park time in Magic Kingdom as the number of tickets available is limited. In addition to over 25 of the most popular rides and attractions being open, there are also special character meet n greets and food options after hours. The Starbucks on Main Street is also open late to keep mom and dad caffeinated. The Animal Kingdom edition of After Hours offers guests amazing access to rides and attractions they would otherwise be spending a nice chunk of their day waiting for like Everest, Na’vi River Journey and Flight of Passage.

Disney After Hours generally run from 10pm-1am on specifically designated dates. As mentioned, it requires a separate ticket and visitors have to check in with the ticket anytime after 7pm in order to stay late. Tickets cost between $119 – $124 per person plus tax.

Please remember that, much like anything at Disney, the dates and times of this event are subject to change, so be sure to check your My Disney Experience app or with park staff to ensure it is available on a particular day.

Disney After Hours is one of a number of extra-hours ticketing options Disney is now offering for the Magic Kingdom. It should not be confused with the Extra Magic Hours program for Disney resort guests or Early Morning Magic package that was just announced. Extra-hours program are staggered to ensure no overlap.

For more information or to purchase tickets to Disney After Hours, please visit here.