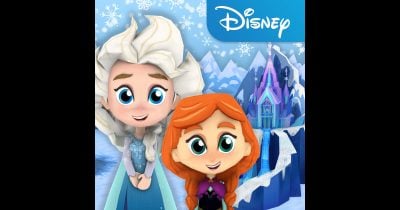 With Disney Build It: Frozen, join all of your friends from FROZEN to build your very own version of Arendelle and let your imagination run wild!

• Customize FROZEN buildings and add tons of props to design your worlds any way you like.
• Play with your favorite FROZEN characters and go on mini-missions to create the buildings of their dreams!
• Unlock magical snowflakes and Snowgie surprises along the way!

• Build in 5 locations: the North Mountain, the Forest, Troll Valley, Arendelle Castle, and the town of Arendelle.
• Elsa, Anna, Olaf, Sven, and Kristoff will play, dance, ride, and even swim along with you!
• Customize your own FROZEN buildings with different colors, roofs, chimneys, and more to unlock magical snowflakes.
• Make your snow globe special by adding lakes, mountains, rocks, trees, puddles, and even snowmen!
• Go on mini-missions to build your favorite Frozen characters’ palaces, castles, towers, amphitheaters, and more!
• Unlock Snowgie and Marshmallow surprises!
• Build your very own collection of snow globe creations—and then shake ‘em up to see an Arendelle snowfall!