Here is everything you need to know about Walt Disney World’s Hollywood Studios’ extinct The Magic of Disney Animation attraction including history, fun facts, photos and more. I hope you find this listing informative and helpful! 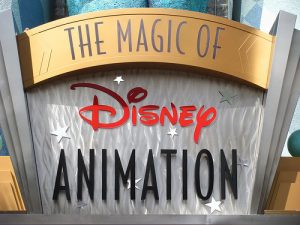 The Magic of Disney Animation was an exhibit that showed guests how animated films were produced. It was located in that Animation Courtyard area of Disney’s Hollywood studios and closed in 2015 to make way for Star Wars Launch Bay.