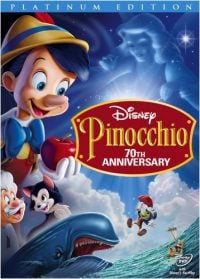 Join Geppetto’s beloved puppet, Pinocchio, as he embarks on a thrilling adventure to become a real boy. With Jiminy Cricket as his guide, the puppet must be brave, loyal, and honest to make his greatest wish come true.