When we travel to the Magic Kingdom at Walt Disney World, one of our family’s absolute favorite attractions is the Enchanted Tiki Room. This simple Polynesian themed musical show is a great example of early Disney animatronic wonder and has stood up wonderfully to the test of time. It is a great place to escape the hustle and bustle of the Magic Kingdom and relax for a few minutes. 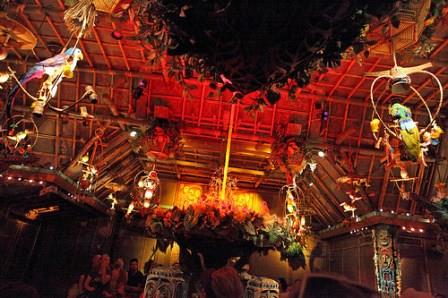 Best of yet, there is plenty of seating in the Tiki room and almost NO LINE usually!

A little history (from Wikipedia)…

Disney’s Enchanted Tiki Room opened at the Magic Kingdom on October 1, 1971 (Disneyland’s version opened almost a decade earlier in 1963) and was originally called “Tropical Serenade.” It was replaced with another version of the Enchanted Tiki Room in 1998 featuring characters from the movie Aladdin. After a small fire broke out in the building’s attic in January 2011, it closed only to be refurbished and reopened in August 2011 as a stripped-down adaptation of the original show.. The show you see today is very similar to the original Disneyland show from 1963.

Now sit back and enjoy the wonderful sights and sounds of Magic Kingdom’s Enchanted Tiki Room!