Here is everything you need to know about the amazing Disney movie Hercules  including casting, reviews, fun facts and more. I hope you find this listing informative and helpful! 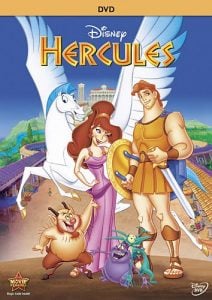 In order to return home to Mount Olympus, Hercules needs to prove he can move from “zero” to true hero with Pegasus, the flying stallion, and Phil — a feisty personal trainer. Along the way, he must match wits with Grecian beauty Meg and a comical hothead named Hades who, with the help of Pain and Panic, plans to take over the Universe.