Here is everything you need to know about the amazing Disney series Sofia the First  including casting, episodes, fun facts and more. I hope you find this listing informative and helpful! 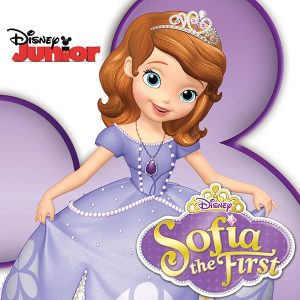 The Emmy Award-winning animated television series “Sofia the First” is set in the storybook world of Enchancia and tells the story of Princess Sofia, an adventurous little girl who is learning how to adjust to royal life after her mom marries the king and she becomes a princess overnight. Upon moving into the castle to live with her new family, including her step-father, King Roland II, and step-siblings, Amber and James, Sofia quickly discovers that looking like a princess isn’t all that difficult, but possessing the characteristics of a true princess – honesty, loyalty, courage, independence, compassion and grace – is what makes one truly royal. Helping her in her journey are the three headmistresses of Royal Prep Academy – Fauna, Flora and Merryweather (the beloved fairies seen in Disney’s classic “Sleeping Beauty”); the royal steward, Baileywick; and a group of cute woodland creatures led by a wise-talking rabbit named Clover.  Classic Disney Princesses Ariel, Aurora, Belle and Jasmine will make special appearances in event episodes to offer Sofia words of wisdom – princess to princess. (source)