Here is everything you need to know about the amazing Disney movie Cinderella  including casting, reviews, fun facts and more. I hope you find this listing informative and helpful! 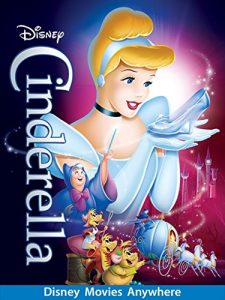 has faith her dreams of a better life will come true. With help from her loyal mice friends and a wave of her Fairy Godmother’s wand, her rags are magically turned into a glorious gown and off she goes to the Royal Ball. But when the clock strikes midnight, the spell is broken, leaving a single glass slipper… the only key to the ultimate fairy-tale ending!