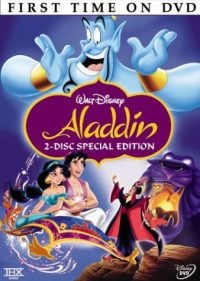 Soar away on a magic carpet ride of nonstop thrills and fun in this spectacular adventure! In the heart of an enchanted city, a commoner named Aladdin and his mischievous monkey, Abu, battle to save the free-spirited Princess Jasmine. Aladdin’s whole life changes with one rub of a magic lamp as a fun-loving, shape-shifting Genie appears and grants him three wishes, setting him on an incredible journey of discovery. Through his adventures, he proves that he is a prince where it truly matters most – on the inside!