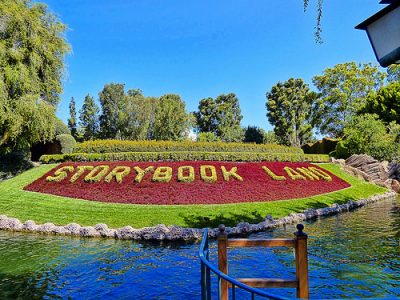 In the Storybook Land Canal Boats, journey through the mouth of Monstro the Whale to a magical realm of memorable Disney animated movie locales in miniature.

Hop inside a 12-person boat for a gentle cruise through Storybook Land. As you gracefully make your way past hills and through valleys, discover a dazzling menagerie of enchanted homes and villages from classic Disney movies amazingly rendered in miniature scale.

During your boat ride, be on the look-out for these famous sites:

Miniature Magic The hand-crafted mini models use a scale of one inch to one foot and are as painstakingly detailed as full-sized structures. The doors of many of the buildings actually open for added effect!