I recently sat down to find out and here are the more interesting Pixar facts and statistics I was able to dig up. As always, I will be adding more and updating these periodically as I find new stuff. Be sure to check back regularly. 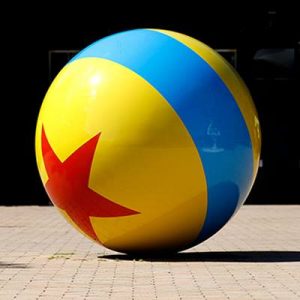 Please note that some of these numbers are easier to find than others, so some of these are based on news reports and not official company tallies. All Pixar facts are linked to their source unless it was sent to me directly from the company. No stat listed should be considered in making any type of investment decision. In other words: This is the best I can find, but I don’t guarantee anything.

The Graphics Group (part of Lucasfilm)

How many Pixar movies are there?

How many Pixar movies has John Ratzenberger been in?

Billy Crystal had a chance to play Buzz Lightyear in Toy Story, but turned it down.

Reese Witherspoon was originally supposed to play Merida in Brave.

Number of balloons that it took to lift Carl’s house in Up: