Update April 13, 2017: Disney’s live-action remake of Beauty and the Beast has officially crossed the $1 billion global box office mark. Disney has released this fun video  to celebrate this landmark achievement. Have a look: 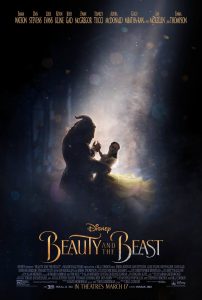 Original Post: Disney announced today that their new live-action remake of Beauty and the Beast is crushing it at the box office. This weekend, the movie brought in $174.8 million domestically and $182.3 internationally for a total weekend box office take of $357.1 million. This total earns Beauty and the Beast the following distinctions:

It also broke records in the UK, Germany, Mexico and several others.

It looks like Disney is picking up nicely where their amazing record-breaking 2016 year at the movies left off. Stay tuned for more Beauty and the Beast Box Office news as it continues to break records and pile up cash.

Be the first to comment on "Beauty and the Beast is a Box Office Hit!"