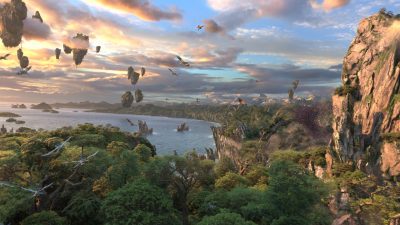 It was announced this week that Walt Disney World’s newest and most popular thrill ride, Avatar Flight of Passage, has won an award for Outstanding Visual Effects in a Special Venue  Project from the Visual Effects Society (VES).

Disney-Owned Marvel’s Guardians of the Galaxy Vol 2 also won one VES Award for Outstanding Virtual Cinematography in a Photoreal Project.

According to VEW, their awards recognize “outstanding visual effects artistry and innovation in film, animation, television, commercials, video games and special venues. ”  The 16th annual awards ceremony was held at the Beverly Hilton and was hosted by comedian Patton Oswalt.  More information about the VES Awards can be found here.