Here is everything you need to know about the amazing Disney movie The Jungle Book  including casting, reviews, fun facts and more. I hope you find this listing informative and helpful! 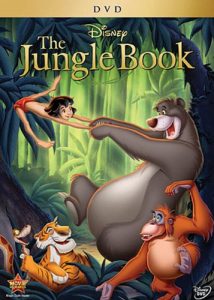 Meet the most unforgettable characters and embark on a thrilling adventure with Mowgli as he journeys deep into the jungle and learns “The Bare Necessities” of life from happy-go-lucky Baloo the bear. Meet Bagheera, the wise old panther, and crazy King Louie, the orangutan. But watch out for the cunning tiger Shere Khan and Kaa, the ssssneakiest snake in the jungle! Explore your family’s wild side as you venture into The Jungle Book for extraordinary adventures and a heartwarming tale that celebrates the true meaning of friendship.