Here is everything you need to know about the amazing Touchstone movie Noises Off including casting, reviews, fun facts and more. I hope you find this listing informative and helpful! 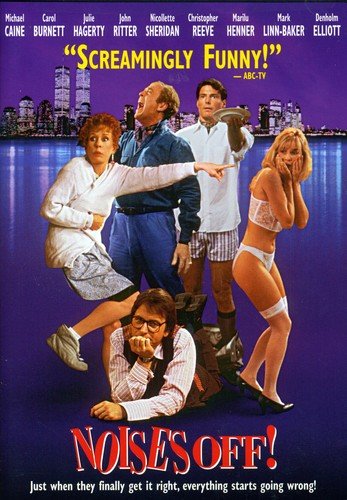 There’s no business like show business, and when a less-than-stellar troupe of thespians tries to get their act together and take it on the road, there’s comedy in their tragedy. But the show must go on! And before the curtain’s rise on opening night of their British sex-farce production entitled “Nothing On,” this lumbering cast fumbles through a last-minute rehearsal in which they all suffer the slings and arrows of outrageous fortune. From rehearsals to opening night, relationships and romantic intrigues in this ensemble rise as their performance qualities fall.
Purchase Movie