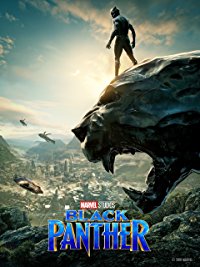 Disney has announced that their latest mega-hit from the Marvel franchise, Black Panther, will be released on Digital (in HD and 4K Ultra HD) and Movies Anywhere May 8th,  and on Blu-ray on May 15th. Black Panther can be pre-ordered from Amazon here. (affiliate link)

There was no date given yet for Black Panther’s streaming release on Netflix, but it will presumably be on the video-streaming service a few months after the Blu-Ray is released.

According to Yahoo! Finance, you can expect the following bonus features in the Black Panther Blu-Ray and Digital versions:

Four deleted scenes: one featuring Okoye (Danai Gurira) and W’Kabi (Daniel Kaluuya), who we all know deserved more screen time; one in which T’Challa (Chadwick Boseman) remembers his father; one that takes place at the U.N.; and one called “Voices from the Past” (perhaps involving the ancestral plane? Or if we’re lucky, more Sterling K. Brown?). There’s also a roundtable discussion about the making of the film and featurettes about Wakanda’s culture, technology, and female warriors. Also: a gag reel. The digital edition comes with two exclusive ads for “Wakanda tourism” — as if they’d need to sell anybody on that vacation.