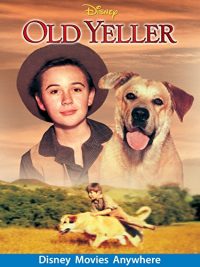 When his younger brother adopts a frisky lop-eared stray, 15-year-old Travis (Tommy Kirk), acting “man-of-the-house,” tries to shoo him away. But Old Yeller soon proves he is anything but “yellow” when he protects the family farm and saves Travis’ life.