Here is everything you need to know about the amazing Disney movie Snow Dogs including casting, reviews, fun facts and more. I hope you find this listing informative and helpful! 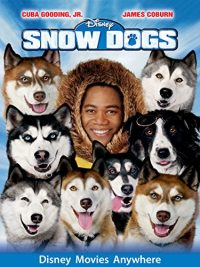 In the Disney film Snow Dogs, eight adorable but mischievous dogs get the best of dog hater Ted Brooks when he leaves his successful Miami Beach dental practice for the wilds of Alaska to claim his inheritance – seven Siberian huskies and a border collie – and discover his roots. As Ted’s life goes to the dogs, he rises to the occasion and vows to learn to mush with his inheritance.