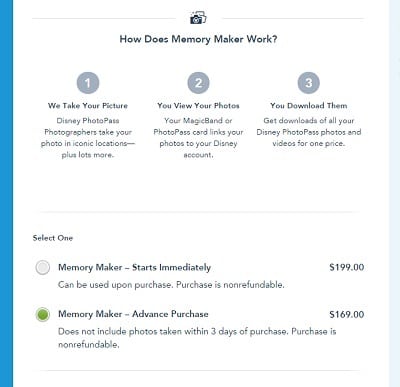 The price of an Advance Purchase Memory Maker package (purchases made at least 3 days in advance of usage) has risen from $149 to $169 and Memory Maker packages that can be used immediately have gone from $169 to $199. Both changes went into effect today, June 7th.