Here is everything you need to know about Walt Disney World’s Magic Kingdom’s extinct Disney Character Hit Parade including history, fun facts, photos and more. I hope you find this listing informative and helpful! 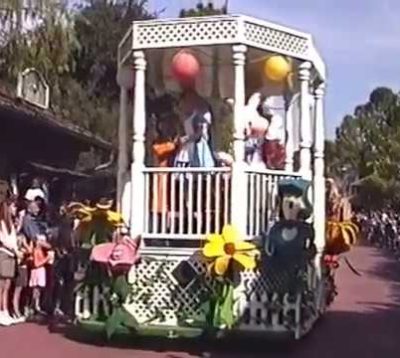 The Disney Character Hit Parade was a Magic Kingdom parade that ran from 1989-1991. Also known as the Zip-a-Dee-Doo-Dah parade, this spectacle featured a number of the usual cast of characters as well as the debut of The Little Mermaid characters in their first Disney parade.