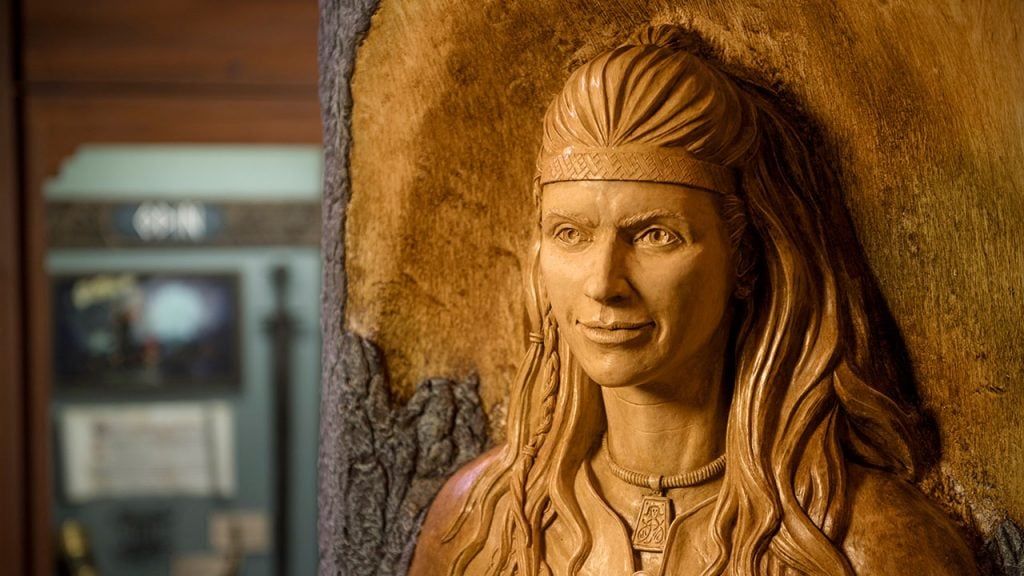 Disney announced today that a new exhibit, titled “Gods of the Vikings,” has opened today in Epcot’s Norway Pavilion. The exhibit is located in the Stave Church Gallery. Here is a brief description of what visitors can expect (source):

“Celebrating the legendary Norse gods and goddesses that inspired the ancient Vikings of Scandinavia in their daily lives, guests can stop in to learn more about the popular Viking gods Thor, Odin, Freyja, and Loki through displays of authentic Viking artifacts.

Historically, Norse gods and goddesses were as real and as important to the Vikings as the air they breathed. Through this exhibit, guests will discover how Norse mythology helped the Vikings live their lives and understand the world around them.”