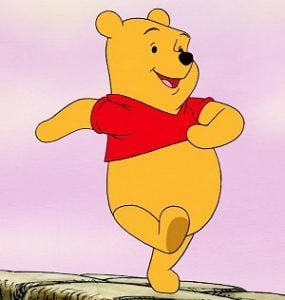 Who is Winnie the Pooh?

Winnie the Pooh is the lead character in the Disney hit Winnie the Pooh animated film franchise. He was based on a character from A.A. Milne’s Winnie-the-Pooh book series and made his film debut in the featurette Winnie the Pooh and the Honey Tree in 1966. In that film, he was voiced by actor Sterling Holloway and then a number of actors have followed. Winnie the Pooh has since appeared in countless Disney movies, shorts and shows.

Here is the Internet’s largest collection of Winnie the Pooh related movies, TV shows, toys and other products. As always, new pieces are added to this collection regularly. MagicBand+ lets you engage with Disney moments like never before as it reacts to select park interactions with lighting effects and gesture recognition. Make your…