As Tiffins gears up to open next weekend, reservations are now open and the Disney Parks Blog is giving us a look at some of the artwork diners can enjoy inside the restaurant. 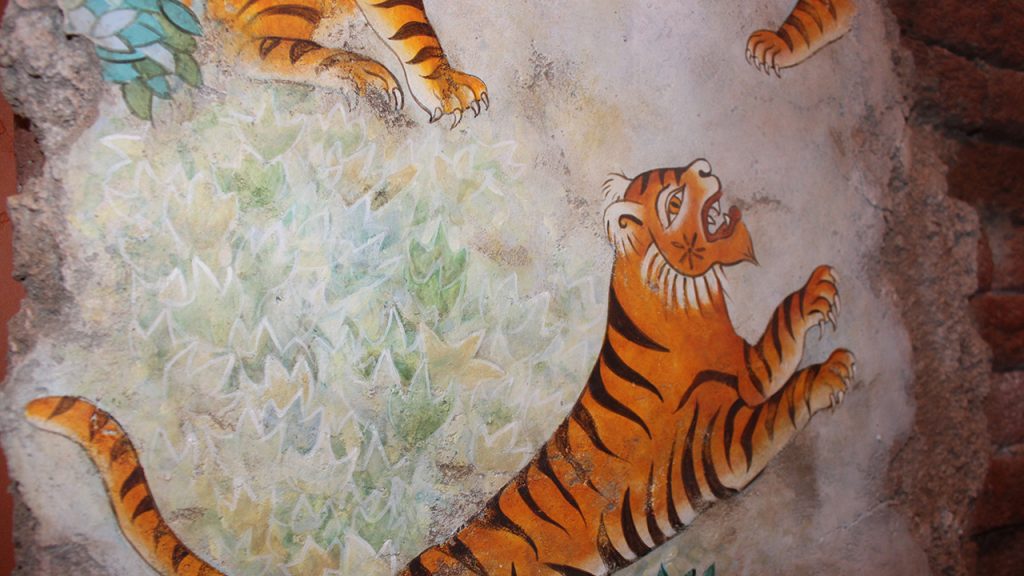 Disney has announced the official open date of the highly anticipated Tiffins restaurant at Disney’s Animal Kingdom. The new table-service restaurant, located in Discovery Island, will be open for lunch and dinner beginning on Memorial Day weekend. According to Disney some of the exotic dishes at Tiffins will include “Berbere-Spiced Lamb Chop with Mustard Greens, Lentil Stew and Mint Chutney (Africa); Berkshire Pork Tenderloin with Huitlacoche Tamale, Hominy Succotash and Red Mole Sauce (South America), and Miso-glazed Black Cod with Forbidden Rice in Steamed Bok Choy with Turmeric Sauce (Asia).”

Memorial Day weekend will also make the opening of Nomad Lounge, a waterfront lounge adjacent to Tiffins in Discovery Island.

Reservations for Tiffins begin on May 20th. No doubt it will be a popular venue for quite some time.