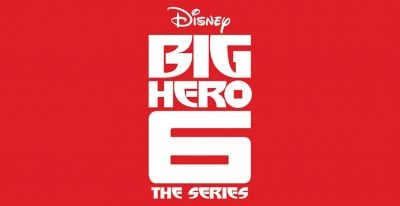 “Big Hero 6 The Series” picks up immediately following the events of Walt Disney Animation Studios’ Academy Award®-winning film “Big Hero 6,” continuing the adventures and friendship of 14-year-old tech genius Hiro and his compassionate, cutting-edge robot Baymax. Along with their friends – Wasabi, a sensible control freak whose specialty is physics; Honey Lemon, an optimistic and artistic scientist with a love for chemistry; Go Go, a no-nonsense, fearless speed genius who specializes in mechanical engineering; and Fred, a creative, science enthusiast – they form the legendary superhero team Big Hero 6,taking on new challenges and overcoming opposition in a world of evolving technology.

Set in the fictional city of San Fransokyo, a high-tech fusion of San Francisco and Tokyo, and featuring 2D animation that draws inspiration from various Japanese art styles, each 22-minute episode illuminates the unbreakable family bond among the Big Hero 6 team, a group of diverse individuals, each with distinct personalities. The series follows the friends as they embark on high-tech adventures and protect their city from an array of scientifically enhanced villains. Hiro, now juggling his newfound responsibilities of being a rookie superhero, also faces daunting academic challenges and social trials in his day-to-day life as a student at San Fransokyo Institute of Technology.  (source)