Here is everything you need to know about the amazing Hollywood Pictures movie Houseguest including casting, reviews, fun facts and more. I hope you find this listing informative and helpful! 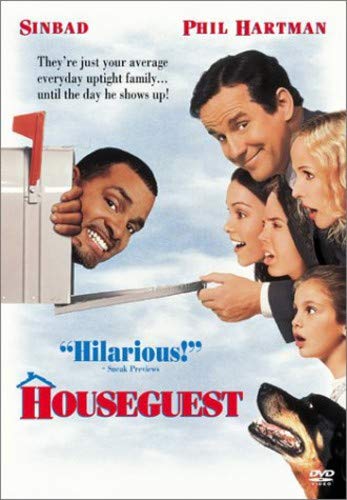 Hollywood’s leading funnyman Sinbad drops in for domestic laughs and comical chaos in this outrageously funny comedy the whole family will love. Con artist Kevin Franklin (Sinbad) is in a jam. On the run from the mob, his only escape is to impersonate the long-lost friend of an uptight lawyer (hilarious comedian Phil Hartman) — and move in with his dysfunctional family but pretending to be a wine expert, a golf pro and a world-famous dentist is no easy task. It’s not long before his good-natured hosts discover the scam — and the mob discovers his whereabouts. Wildly entertaining and full of surprises, HOUSEGUEST brings home a delightful mix of charades, calamities and colourful comedy!