Play It to the Bone (Touchstone Movie)

Here is everything you need to know about the amazing Touchstone movie Play It to the Bone including casting, reviews, fun facts and more. I hope you find this listing informative and helpful! 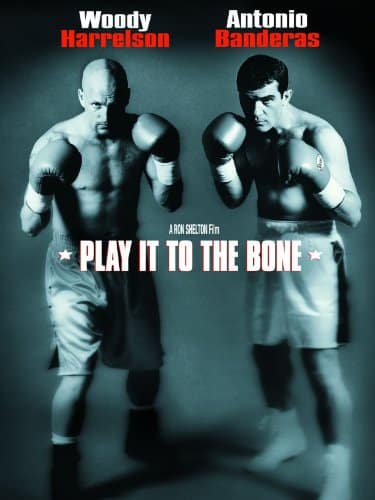 Play it to the Bone Details:

Hollywood heavyweights Woody Harrelson and Antonio Banderas bring real comedic punch to this hilarious, action-packed hit! Best buddies and sparring partners, Vince (Harrelson) and Cesar (Banderas) are a pair of worn-out, over-the-hill prizefighters who jump at one last, unexpected chance to work in the big time. They just have to be in Las Vegas now! So before they know what’s hit them, they’re on the road! But when they step into the ring that night, friendship is replaced by fierce competition as Vince and Cesar tangle in a dramatic fight to the finish — where only the winner will earn a shot at the title! With sexy Lolita Davidovich and sultry Lucy Liu along to liven up the ride, you won’t want to miss any of the knockout entertainment that powers this whirlwind comedy adventure!
Purchase Movie