Yup, on May 16th, 1991, the iconic “Salute to All Nations, but Mostly America” was officially launched with the title “Jim Henson’s Muppet*Vision 3D.” 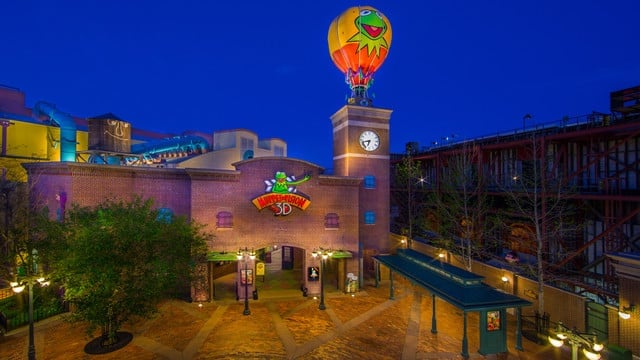 In case you haven’t been fortunate enough to see a showing of Muppet Vision sometime in the past 25 years, here is a quick synopsis from Disney

“The curtain rises to reveal Kermit, Miss Piggy and the entire Muppets troupe onscreen in startling 3D, as they invite you on a zany tour of Muppet Labs for a demonstration of their newest, high-tech film process, Muppet*Vision 3D. Things quickly get out of hand, though, during a presentation with Dr. Bunsen Honeydew and Beaker, and the result is a seemingly endless string of disastrous—yet hysterical—comic events.

With hilarious musical numbers, surprising in-theater effects plus the world’s first computer-generated Muppet, Waldo C. Graphic, this three-dimensional spectacular puts you in the center of all the zany Muppets antics. It’s a show every member of your family is sure to love!”