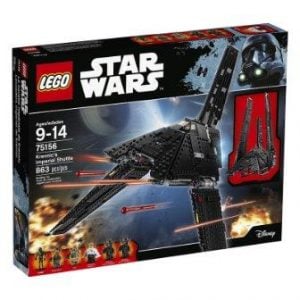 Last year, in anticipation of Star Wars: The Force Awakens, Disney/Lucasfilm created a Star Wars toy ‘holiday’ to launch a slew of new toys. Force Friday 2015, by all accounts, was a huge success and gave a big boost to Disney, Hasbro, LEGO and a number of other toymakers and retailers.

This year, with Rogue One: A Star Wars Story hitting theaters in December, Disney is once again holding a Star Wars Force Friday event in to launch new toys and build momentum for the new movie. The event, which occurs on Friday September 30th, is sure to be another profitable one for the usual players.

In advance of Star Wars Force Friday 2016, here is a quick rundown of what you need to know about the new toys, with links to where you can buy them and some special events that are occurring on Friday online and off.

New Star Wars The Force Awakens and Rogue One Toys:

Class I Vehicles (according to Jedi Temple Archives):

Other Rogue One Toys: The new merchandise can be found at the following Disney Parks locations:

More information about the new Disney Parks merchandise can be found on their blog here.

I will be updating this post as more toys and events are unveiled. Be sure to check back before Force Friday for more!