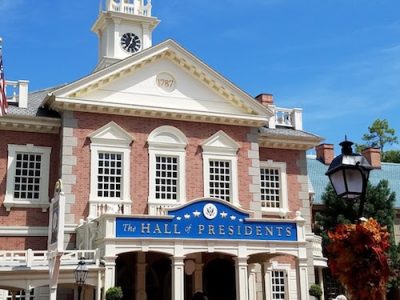 As most of you know, Walt Disney World’s Hall of Presidents attraction has been closed since January to give Disney’s Imagineers time to build and add an animatronic likeness of our newest President, Donald Trump, to the show. For a few months, things had been pretty quiet on that front, but that all changed this week when rumors started to surface that Disney was considering breaking from their tradition of giving new Presidents speaking roles in the show and might make Trump visible, but not audible.

So far, all we have is rumors and there have been no confirmations of a silent Trump in the Hall of Presidents yet (that I can find), but I will be sure to update this post in the future as more details about the new show emerge.

Be the first to comment on "Could Disney Silence Donald Trump in the Hall of Presidents?"