It was announced today that the popular Star Wars Galactic Night event will make its return to Walt Disney World’s Disney’s Hollywood Studios just in time for the release of Star Wars: The Last Jedi in December. Here is the official Disney release with all the details (source): 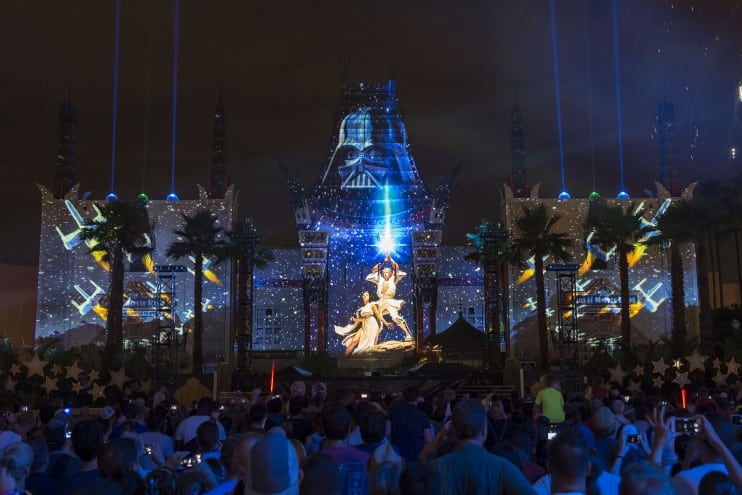 LAKE BUENA VISTA, Fla. – Star Wars fans across the galaxy, get ready for a special Disney party you won’t want to miss.

Among many thrills in store, guests will be treated Hollywood-style to a red carpet arrival, iconic attractions with little to no wait time, amazing fireworks and projections, and experts sharing details about the Star Wars expansion coming to Disney’s Hollywood Studios.

Throughout the event (entertainment subject to change):

Callers to 407 WDW-PLAY (407 939-7529) will be able to sign on for premium offerings such as a Galactic Tasting Sampler (food and beverage items including lightsaber churros and a charcuterie with C3PO crackers).

April’s event sold out; guests are encouraged to book early for Dec. 16 — a date not far, far away.