With the premiere of the latest Star Wars installment on the horizon, one of the questions I get asked most often is what Disney will be doing to mark the occasion at Disney World. I have to admit, I have been pretty curious myself since I will be down at Disney World in December when The Last Jedi hits the big screen. Disney used their Parks blog today to give a rundown of the various The Last Jedi Disney World activities they have planned during the return of the premium Star Wars: Galactic Nights event. Here are all the details (source): 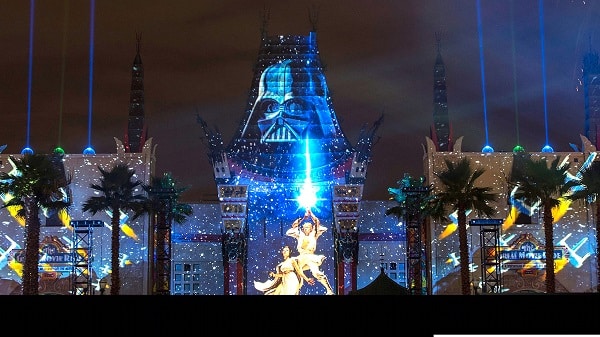 Among many thrills in store, guests will be treated Hollywood-style to a red carpet arrival, iconic attractions with little to no wait time, amazing fireworks and projections, and experts sharing details about the Star Wars expansion coming to Disney’s Hollywood Studios.

Throughout the event (entertainment subject to change):

Of course, if more Last Jedi Disney World events pop up between now and December, I will be sure to post about them here, so stay tuned everyone!

Be the first to comment on "How Will Disney Be Celebrating Star Wars The Last Jedi at Disney World?"