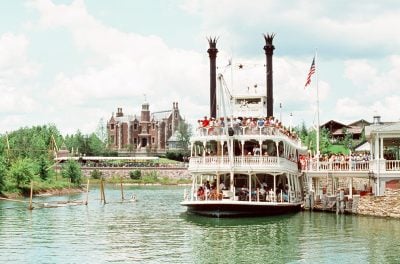 The Admiral Joe Fowler Riverboat was an original Walt Disney World attraction, making its debut in October 1971 with the opening of the Magic Kingdom. Along with the Richard F Irvine ship, the Fowler traveled the Rivers of America in Frontierland and Liberty Square from 1971 until 1980. During a planned refurbishment in 1980, the Fowler was damaged in an accident and was unable to be repaired.