Soarin Around the World is now officially open at Epcot and Disney California Adventure.

Disney has also unveiled a new interactive game that visitors can play while in queue to see the revamped attraction at Epcot. ‘Soarin Challenge‘ is an interactive travel trivia game that guests can play on their mobile device. 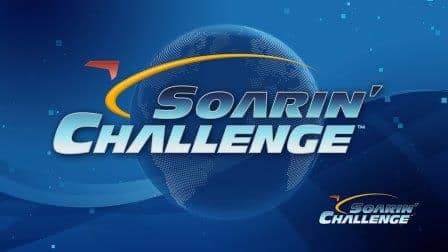 This complimentary travel trivia game allows guests to join hundreds of other players to answer questions on geography, cuisine, languages and more. Guests can also unlock passport stamps for their digital collection and aim to up their personal score on the leaderboard. Don’t have a mobile device? No problem – look to one of the in-queue displays to participate.

Showtimes for Soarin Around the World can be found here. Disney has releases a new video teaser for the new Soarin’ Around the World movie at Disney’s California Adventure. Have a look:

Disney has announced that the original Soarin’ will return to Epcot and Disney’s California Adventure for a limited time before the updated movie debuts. From May 27th-June 17th, visitors will be able to experience the classic movie one last time before it is retired. 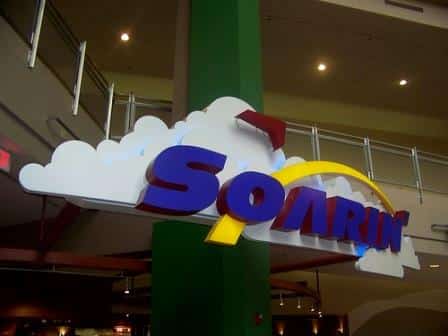 Soarin will make its Chinese debut at the grand opening of Shanghai Disneyland on June 16th. On June 17th, the ride will reopen in Florida and California. The updated ride will feature a more global feel as they’ve added The Great Wall of China, Australia’s Sydney Harbor and the Matterhorn in Switzerland.

Disney also announced that Fastpass+ reservations for the updated attraction will be available Thursday, April 21

Here is a quick video from Disney that gives us a taste of what the updated ride has to offer: