Here is everything you need to know about the amazing Disney series Disney’s DuckTales including casting, episodes, fun facts and more. I hope you find this listing informative and helpful! 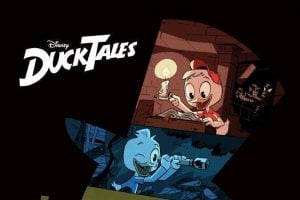 Featuring a distinct animation style inspired by the classic Carl Barks’ comic designs, “DuckTales” celebrates the importance of family and friendship, with comedy, mystery and adventure at every turn. Each 22-minute episode follows the ducks on thrilling explorations as they embrace courage, creativity and the rewards of stepping outside your comfort zone. With relatable and unique personality traits, the next generation of adventurers Huey, Dewey, Louie and Webby each embody characteristics of real kids and set examples for young viewers to be confident, curious, independent and innovative.

Created for kids, families and kids-at-heart – with several nostalgic nods to the original – the new series tails adventure-obsessed Scrooge McDuck, who has left behind a life of exploration, mystery solving and globetrotting for a businessman’s life in the city of Duckburg. When Scrooge is unexpectedly reunited with his family, quick-thinking Huey, troublemaking Dewey and fast-talking Louie question everything about their once legendary great-uncle. Enthralled by Scrooge and the wonder of McDuck Manor, the triplets and Webby learn of long-kept family secrets and unleash totems from his epic past, sending the family – which includes Webby, Mrs. Beakley and Launchpad McQuack – on daring worldwide escapades. Together, the finely honed team wards off danger that lurks behind them.

Life is like a hurricane in Duckburg, a bustling metropolis on the cutting edge of everything, populated by a collection of diverse optimists, go-getters, competitive business titans and supernatural beings – many of whom are seeking their revenge on McDuck and his kin. Other beloved characters set to appear are: Scrooge’s archenemy Flintheart Glomgold, superhero Gizmoduck (also known as the brilliant intern Fenton Crackshell-Cabrera), mad scientist Gyro Gearloose, lucky duck Gladstone Gander, the ruthless Ma Beagle and the mask-wearing Beagle Boys, scientist Ludwig Von Drake and Scrooge’s old flame Goldie O’Gilt. The series will also introduce new characters including well-traveled teen Lena and tech billionaire Mark Beaks. (source)