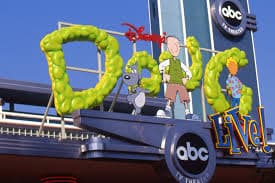 Doug Live! was a stage show that ran from 1999-2001 in Disney’s Hollywood Studios.  The show brought the popular animated character Doug Funnie and his array of friends to life in the 30 minute musical show.