Here is everything you need to know about the amazing Disney movie Fantasia including casting, reviews, fun facts and more. I hope you find this listing informative and helpful! 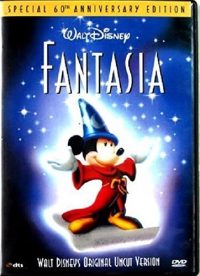 Walt Disney’s timeless masterpiece is an extravaganza of sight and sound! See the music come to life, hear the pictures burst into song and experience the excitement that is Fantasia over and over again. No family’s Disney collection is complete without Fantasia!