Here are some of the most interesting Toy Story facts I have been able to dig up in my internet travels. As always, I will be adding to and updating this post as I find more, so be sure to subscribe below and stay tuned! 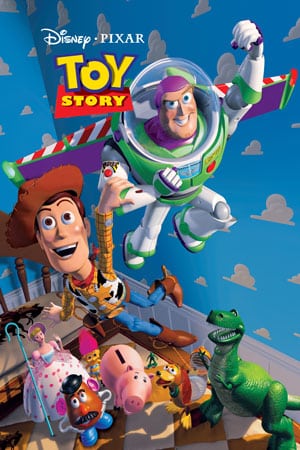 Buzz Lightyear was named after the US astronaut Buzz Aldrin

The Pizza Planet delivery truck from Toy Story has appeared in every Pixar movie except The Incredibles.

Billy Crystal was originally supposed to be the voice of Buzz Lightyear, but he turned the role down.

The original name of Toy Story was ‘You are a Toy.’

The Little Bo Peep character was originally supposed to be a Barbie until Mattel backed out.

Toy Story 2 was originally planned to be a straight-to-video release.

Woody was originally supposed to be a sarcastic jerk and was  re-cast after Disney had an early screening.

Wood was originally supposed to be a ventriloquist dummy.

The dinosaur character Rex was created by Joss Whedon.

Toy Story 3 was the first animated film to gross over $1 billion at the box office.

Toy Story 3 was the first movie sequel to be nominated for Best Picture at the Oscars without any of the previous movies being nominated.

Please note that some of these Toy Story facts and trivia are easier to find than others, so some of these are based on news reports and not official company tallies. All stats are linked to their source unless it was sent to me directly from the company. No stat listed should be considered in making any type of investment decision. In other words: This is the best I can find, but I don’t guarantee anything.