Here is everything you need to know about the amazing Disney movie Tron including casting, reviews, fun facts and more. I hope you find this listing informative and helpful! 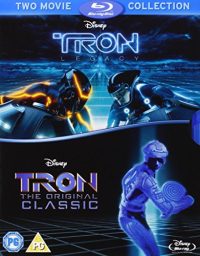 When a brilliant video game maker named Flynn hacks the mainframe of his ex-employer, he is beamed inside an astonishing digital world and becomes part of the very game he is designing.