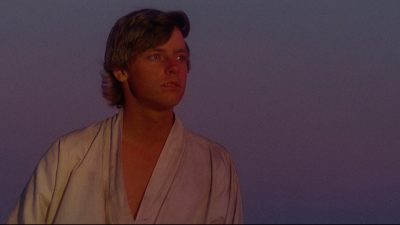 Late last year, we found out that Mark Hamill, better known as Luke Skywalker to Star  Wars and Disney fans, would be getting a star on the prestigious Hollywood Walk of Fame. Now we have all the ceremony details as they were released late yesterday.

Hamill will receive the 2,630th star on the Walk of Fame in the category of Motion Pictures. His star will be located at 6834 Hollywood Blvd in front of the El Capitan Theater. The ceremony will take place Thursday, March 8, 2018 at 11:30 PST and will feature Hamill, along with guest speakers (and Star Wars icons) Harrison Ford and George Lucas.

Hamill is one of three Disney-related characters or actors to receive a star on the Walk of Fame in 2018. Minnie Mouse received hers last month and Lin-Manuel Miranda (Moana, Mary Poppins Returns) is slated to receive his later on this year.

The Mark Hamill Walk of Fame ceremony will be live-streamed at www.walkoffame.com.