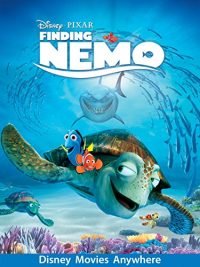 From the Academy Award(R)-winning creators of “Toy Story” and “Monsters, Inc.” (2001, Best Animated Short Film, “For The Birds”), it’s “Finding Nemo,” a hilarious adventure where you’ll meet colorful characters that take you into the breathtaking underwater world of Australia’s Great Barrier Reef. Nemo, an adventurous young clownfish, is unexpectedly taken to a dentist’s office aquarium. It’s up to Marlin (Albert Brooks), his worrisome father, and Dory (Ellen DeGeneres), a friendly but forgetful regal blue tang fish, to make the epic journey to bring Nemo home. Their adventure brings them face-to-face with vegetarian sharks, surfer dude turtles, hypnotic jellyfish, hungry seagulls, and more. Marlin discovers a bravery he never knew, but will he be able to find his son?