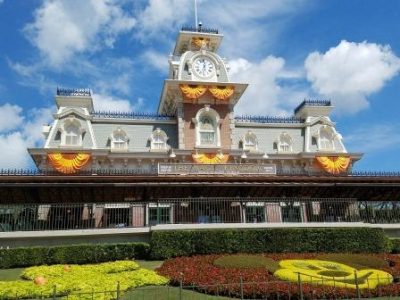 Embark on a relaxing 20-minute, 1.5-mile scenic tour onboard an authentic steam-powered train. Listen to the clamor of the engine, the chug of the wheels and the call of the whistle as you travel aboard the train. Offering convenient stops at Main Street, U.S.A., Frontierland and Fantasyland, it’s the perfect way to preview the magic at Magic Kingdom park and take in the picturesque scenery. The Walt Disney World Railroad is also a handy way to get around quickly and easily. And because the trains are scheduled to arrive at each station every 4 to 10 minutes at most times throughout the day, you never have to worry about waiting a long time to ride one.