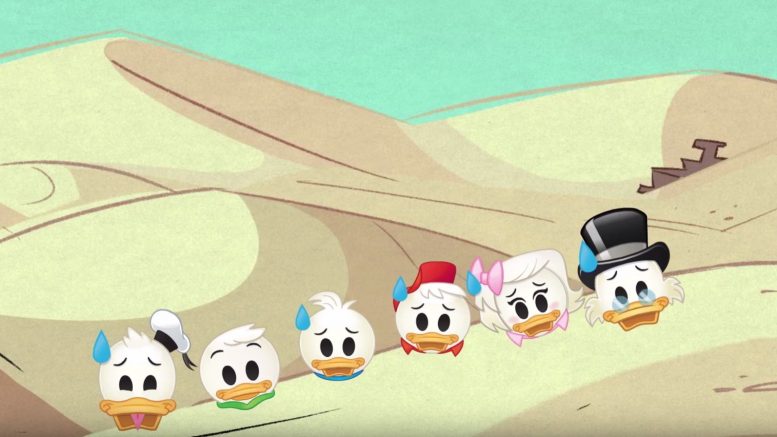 Disney’s Latest “As Told by Emoji” Short is DuckTales!

This year’s 31 Nights of Halloween schedule is out. This year, it will run on Freeform from October 1-31. Here are all the details

Disney announced today a new multi-year agreement with Vivicast Media, a leading global content licensor, which will allow Vivicast to continue to deliver Disney’s robust lineup of top quality sports, news and entertainment content to their roster of video operators that deliver content to TVs, computers, smartphones, tablets, and streaming devices throughout the US. The new deal will allow Vivicast to add a few additional features to their Disney content viewers that had previously been unavailable.

The upcoming 4th season of the DisneyXD animated hit show Star Wars Rebels has been announced to be its last season. Here are the details…

In addition to the $1 million cash donation and a dollar for dollar employee donation match commitment that Disney/ABC made to hurricane Harvey relief efforts on Tuesday, the media giant is also hosting a “Day of Giving” event today, August 31st to help those impacted by the storm.

Disney has announced the upcoming release date for the Blu-ray and DVD of Star Wars Rebels Season 3. Both will be released on August 29th.
In addition to the full season three of the popular Star Wars animated series, you will also get the following bonus features…

Disney announced today that they will be releasing a series of Star Wars animated shorts next week. Star Wars Forces of Destiny will be a YouTube-only series of 2-3 minute shorts.

Disney has announced that the Mustafa’s despicable little brother, Scar, is slated to appear in the second season of The Lion Guard next month.

The next Sophia the First movie, Sofia the First: The Mystic Isles, debuts on Disney Junior this month. Here are the details…

It was just announced that Disney will air Ariana Grande’s massive “One Love Manchester” concert on Sunday. Here are the details…

Marvel announced today that their Guardians of the Galaxy animated series is returning for a second season this month on Disney XD.